This post is dedicated to exploring the presentation of gender and sexuality in media through the female protagonist, Holly Golightly, from the 1961 film adaptation of Truman Capote’s Breakfast at Tiffany’s.

For purposes of this post I'll assume all that are reading this have previously seen Paramount Picture's 1961 release of Breakfast at Tiffany's. To review a brief plot synopsis of the film courtesy of IMDb.com Click Here 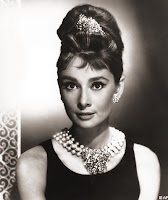 The character Holly Golightly is portrayed in the film Breakfast at Tiffany’s in a way that was unconventional. Holly Golightly was a single, self-sufficient woman living a life that largely did not reflect the reality of women in the 1960’s. Holly Golightly rejects the conventional ideals of her time and swaps them for nontraditional values that had not yet been so endearingly portrayed or widely embraced by American audiences.

As the story unfolds we learn that Holly rejects her Midwest roots and the conformist notion of becoming a wife and mother to Doc Golightly and his children. Her rejection of the traditional family unit coupled with her success and freedom as an independent woman was not the stereotypical depiction of women in the 1960’s. The notion that a woman would forego financial security guaranteed through marriage was not a choice being depicted by women in media. Susan Douglas paints a more stereotypical picture of how women were depicted it the media, “…the gap in the 1950s and ‘60s, when images of women as Watusi-dancing bimbettes on the beach or stay-at-home housewives who needed advice from Mr. Clean about how to wash a floor obsured the exploding number of women entering the workforce, joining the Peace Corps, and becoming involved in politics” (Douglas, pg. 480). Golightly appeared to have achieved the freedom on screen what women in reality were actually embarking on.

Golightly’s character is both celebrated and chastised for the sexual freedom in her profession. Celebrated for explicitly conveying her desire and attraction to men using what Laura Mulvey calls "the male gaze", which she note is traditionally designated for a male protagonist.“Mulvey argues that movies are essentially made through and for the male gaze and fulfill a voyeuristic desire for men to look at women as objects” (Shaw & Lee, pg. 458). Golightly’s expression of desire for men represented her sexually freedom. However the longevity of this victory is cut short. Even though Golightly openly expresses her sexual attraction to men she is only able to act on these desires through prostitution.

“…I would say that Breakfast at tiffany’s was a progressive step in the depiction of women in the movies, perhaps unintended by Axelrod (screenwriter) and Edwards (director). The woman in me really likes Audrey Hepburn (actress who portrayed Golightly) because she is successful at what she’s doing, she’s sort of in charge of herself, and is a realist beyond being cute and attractive.”

But Did She Really?

When examined more closely, it is evident that Holly actually has a sense of false freedom. She is free of a husband thus free of wife and motherly responsibilities. She is also able to financially support herself without a husband, making her independent…But not really.

Without identifying her profession this would be true; however, once it is revealed that her financial stability is contributed to her work as a call girl, her dependence on a man for financial support is no different than a married woman who is financially dependant on her husband.

Although false freedom is a hitch in the depiction of Golightly, screenwriter George Axelrod was able to adapt a character from Capote’s original novella that would equal the playing field. Axelrod modified the occupation of Paul, the romantic interest and male lead opposite of Holly Golightly, making him a male gigolo. Depicting a woman to be financially dependant on a man was standard and expected in the 1960s but by creating the reverse, a man financially dependant on a woman, Axelrod was able to portray equality between the two characters and genders.

Axelrod’s tweak to Paul’s character would give him an ending to an otherwise plotless movie and redefine the romantic comedy genre. “Probably the best genre of film in which to observe gender is the romantic comedy or romantic drama. Romantic comedies have become the de facto film produced for female audiences that shape notions of multifaceted femininities” (Shaw & Lee, pg. 458). To this point most films followed this standard plot conflict, “The guy wants to get the girl into bed and she wants to stay out of it-until they get married. And when they finally do the movie ends” (Wasson, 84). However Holly’s character was not adaptable to play the virgin in this conflict formula given her profession as a call girl, “If she (Golightly) has slept with everyone, why wouldn’t she sleep with him? The most obvious answer was the one right in front of George: the same thing that prevents her from running away with him. He’s a gigolo, too…he can’t afford to pay for a night with her, and she can’t afford to pay for a night with him…” (Wasson, pg.85).

“…Axelrod would pitch a sex comedy with sex. It probably wasn’t something that Paramount would be immediately comfortable with…a contemporary romantic comedy for the modern generation” (Wasson, Pg.85). Axelrod’s modifications and Capote’s vision allowed for the portrayal of a female character that represented women in a way that would forever change how women could and would be depicted in media.

Sources used in this analysis